We, here at Maraella, know that the sweetest thing you can do to prevent the spread of Covid-19 is to drink more muscadine juice!

So, we've all heard that red wine is good for your health right?  Well, we’re here to share with you that our delicious muscadine juice has NINE times the antioxidant fighting power of a traditional California grape.

We know this because of the amount of resveratrol and ellagic acid antioxidants consistently exceed an average grapes test scores.  Maraella Vineyards & Winery juices also have zero residual sugar (no artificial sugar added) helping you satisfy your sweet tooth while also maintaining your health on a multitude of accounts.1

Ultimately, drinking our juice will help you live longer.
How sweet the sound, eh? 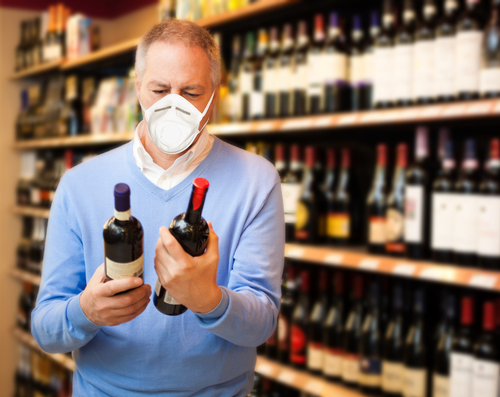 Our family wants nothing more than to help our customers protect themselves and their precious families from dis-ease and illnesses.  Therefore, we've created an avenue to ensure that you have as much juice as you need shipping directly to your doorstep each month.  In doing so, we are offering you a 10% discount on the total amount of your order.

Are you ready to help your household prepare their immune system for anything? Then let's get you signed up for a Juice Club Membership!

All you have to do is;

Please, do not hesitate to reach out to us via phone, email, or social media with any questions you may have.

We thank you for supporting our generational farm winery in Hokes Bluff, AL.

Have you ever wanted to load up in an RV or Camper and hit the road? 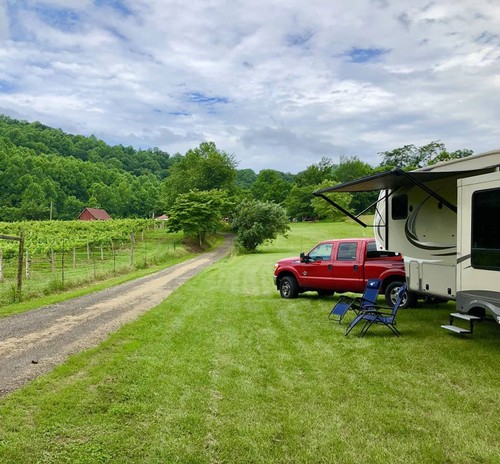 We are a happy host to Harvest Host RV and Camper families at Maraella Vineyards & Winery.  Our guests are able to park their rig anywhere on our property.  Rig’s must be self-sustaining outside of power.  We can supply power hook-up for smaller sized campers close to our garage building if requested.

“Harvest Hosts is a membership program that provides access to a network of wineries, farms, breweries, golf courses, museums and other unique attractions that invite self-contained RVers to visit and stay overnight.

For a small yearly membership fee, Harvest Hosts members can visit and stay at any of our 1475+ stunning locations completely free, in return for supporting the local businesses that they visit. We connect RVers with the hidden gems of Real America, where they find unique experiences and make lasting memories with family and friends.”- Harvest Host Website

Here are all of the MANY places a Harvest Host membership can take you. 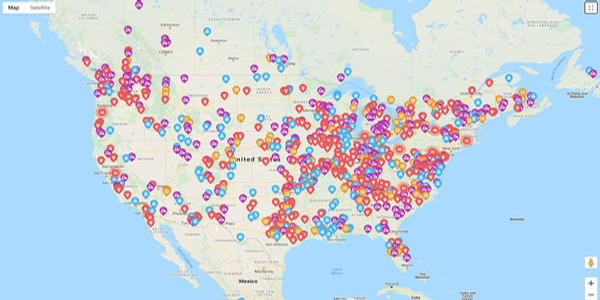 Not a Harvest Host member?  No problem!  Just give us a call to ensure we will have the space available for you to park.  We ask in trade for “renting” our space that your party comes inside, participate in a tasting if they choose to, and purchase a few products from our tasting room.

We hope to have you here at our winery in Hokes Bluff, AL as guests soon and hear all about your traveling stories!

Did you know you can download a copy of the North Alabama Wine Trail passport online here?  If you don’t have a printer, NO WORRIES!  All six of our participating wineries have a plethora of passport brochures that you can pick up along the way.

What to expect when taking on this adventure.

From start to finish one way it would take you about 2 hours to drive.  Our wine trail extends from North 431 in Albertville, AL to Heflin, AL right off I-20 with a total of Six wineries & vineyards to enjoy along the way.  If you have the time to plan ahead, North Alabama has incredible exploration areas complete with lookouts, natural springs, and waterfalls right off your passport pathway.   After receiving a stamp from each winery destination our guests receive a complimentary gift, have the option to email a picture of their completed passport to info@northalabama.org, and write us all a review of their experience.  We absolutely love seeing photos of your special time together visiting each of our local wineries and beautiful sights.  Take it from Lynn Vanek from Mississippi sent to us on June 28, 2020;

“I would like to tell you that we combined Wine and waterfalls and we had the best 4 days together!! Although I think they tried to kill this 64 year Old on some of the trails! LOL. We had a Blast and have passed it on to many of our Friends. You certainly have a Gem with this tour! Thanks again!” 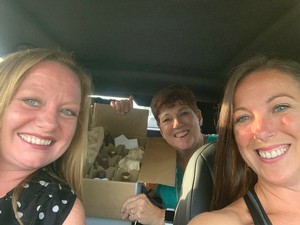 The drive to each winery itself takes you through some of the most simplistically beautiful rural areas North Alabama roots home to.  Here are a few scenic destinations that can easily be included when planning your North Alabama Wine Trail experience.

Each winery's contact information is linked to the accompanying name.  During our country's current state of protecting ourselves and our customers from COVID-19 contamination, hours of service and walk-in service may vary.  Please reach out to these wineries prior to visiting to ensure excellent service.

Looking for an interesting place to stay during your visit to North Alabama?  Check into The Secret in Leesburg, AL, or Lake Guntersville Bed and Breakfast in Guntersville, AL.

Click this map to view and integrate the QUICKEST way to finish the wine trail from Jules. J Berta Vineyards to Fruithurst Winery Co.

My father, James, had made it fairly clear from almost the beginning that he wished for the winery to become a generational family legacy. This fact was driven home even more in April 2014 following his diagnosis of Myelodysplastic Syndrome, a result of his exposure at Camp Lejeune while serving in the Marine Corps.

By late 2014-early 2015, Dad knew that he most likely would not see the end of 2015. As was his way-- he chose to spend his remaining time focusing on those he loved, especially my mother (Sandra) his wife of 54+ years.

May 13th, 2015 was to be their 54th Wedding Anniversary. In the weeks and days leading up to that day, my father worked to plan a catered dinner for my mother and himself-- food, wine, and music in the pavilion outside the winery's tasting room. He asked that it be just the two of them, that none of the family attend or intrude on their time alone.

My daughters have grown up exceptionally close to their grandparents and as such, probably were the ones that protested the loudest when he stated his anniversary plans.

"This was an important date!"

"We should all be there to celebrate the two of you!"

My eldest daughter, Jessika, showing exceptional listening skills like her father (ha!) decided to ignore this request in order to run up to the winery and take a few pictures of Mom and Dad to commemorate the occasion.  Although she intended for it to be just a quick trip, she brought my granddaughter Lee Caroline (who was 2 almost 3 at the time) with her.

Dad, the moment he saw Lee, took her by the hand and they headed off to the vineyard. It was then that Jessika used her phone to grab a quick snapshot of a special moment between great-grandfather (G.G.) and great-granddaughter (L.C.). This picture was gifted by Jessika and her family to my mother and I, the Christmas following my father's passing.

When choosing a label design for our JELee Port Wine (Dessert Wine), there was no other choice in our minds but this photo. It is a great picture, extremely sentimental to my family… and to me, it perfectly expresses not only my father's wishes for Maraella to be a Generational Winery-- but our family's promises to him that it will be. The bridging of four generations all in one label, showing respect for the past and anticipation for the future.

I share all this to say, if you've not tried our dessert wine, my father's namesake, the JELee-- you're missing "a moment in a glass" ...it is really good.

We all love our traditional glasses of wine here at Maraella Vineyards & Winery. However, from time to time we also like to shake things up, use our creativity, and explore new and exciting ways to enjoy our favorite wines.

This is our managers', Kayla Rooks, favorite bubbly and softly sweeter alternative to enjoying our Semi-Dry Blueberry wine.

Garnish with fresh or frozen blueberries and fresh mint!

Who ever thought there could be a low effort alternative for preparing the beloved sangria cocktail?  All you need is mix equal parts of Coca-Cola and wine, ice, and fresh squeeze of lime juice to open up all the flavors.  Garnish with fresh or frozen fruits.  Enjoy! 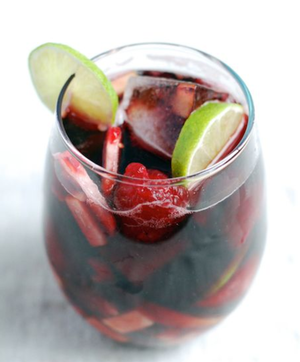 Spruce up your summer favorite by muddling together fresh slices of melon, lime juice, a light wine like Maraella Vineyards & Winery Riesling 2016, Dorato Vino, or Zinfandel, pour over ice and garnish with fresh mint.  Enjoy! 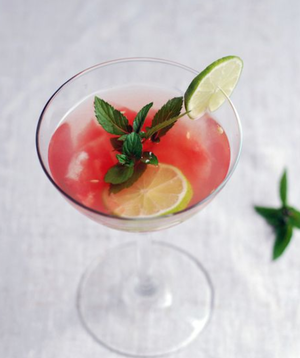 You know you want to

Keep up to date on the latest wine releases, events, and promotions.